You are here: Home / Archives / Close Protection Officer Reportedly the Cause of Royal Split

The close protection officer, who separated from his wife last year, today declined to comment on his friendship with the mother-of-two, who is believed to have fled the Arab Kingdom and hiding at the family’s £85million mansion near Kensington Palace.

Asked about the rumoured friendship lasting three years and suggestions that he will be named in divorce proceedings, he said over the summer: ‘I have got nothing to say on the matter.’

Mr Flowers, 36, is said to have become too close to the royal during his five-year posting as her close protection officer based at the family’s Dalham Hall Stud in Newmarket and accompanied her around the world.

The friendship is believed to be the reason the Princess has fled the Arab kingdom and is now in hiding in London and awaiting a divorce hearing.

Last year Flowers, for five years a soldier with Princess of Wales Royal Regiment, was pictured with her during the Dubai royal family’s annual visit to Royal Ascot.

The bodyguard has since gone into hiding after the ruler of Dubai, Sheikh Mohammed bin Rashid al-Maktoum, is said to have been troubled by his apparent closeness to his wife.

Senior members of the royal court in Dubai had expressed their concern over the friendship and brought it to the attention of her billionaire racehorse owner husband.

The 70-year-old Sheikh – one of the world’s richest men – has made no official comment but published a poem that many believed was directed at his wife and talking about ‘treachery and betrayal’.

Global Risk RoundUp – January 2020. Our Global Risk partners, Drum Cussac, provide in-depth analysis of global risks via in-house experts, cutting edge technology and through a comprehensive global source network. Here is your summary of the incidents you need to know about from the last 30 days.

He admitted shooting the men but claimed it was self-defence, saying they had been out drinking and the other two tried to kill him during an altercation. He later claimed he was suffering from Post-Traumatic Stress Disorder

Welcome to a third article in the series looking at introductions to cyber security. We’ll be looking at a type of attack which most people will be familiar with in principle, if not in technical practice.

The basic idea is simple – an attacker sits between two trusting parties, intercepting their communication and impersonating each to the other. Obviously this is somewhat harder in practice where people are, for example, sitting in a room together, but even a phone call gives potential for an eavesdropper or impersonator.

I tend to believe that people in this business believe that the test of leadership comes during the attack on principle (AOP).  While there is no denying that leadership is necessary in those key moments of an attack or any other catastrophic event.  But as I stated at the Summit, the hardest part of this job is, ‘the after.’

Global Risk RoundUp – January 2020. Our Global Risk partners, Drum Cussac, provide in-depth analysis of global risks via in-house experts, cutting edge technology and through a comprehensive global source network. Here is your summary of the incidents you need to know about from the last 30 days.

Just under a year ago I graduated from a recognized executive protection training course. After doing some pretty … END_OF_DOCUMENT_TOKEN_TO_BE_REPLACED 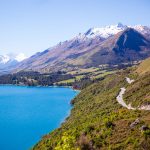 Your high profile principle has decided to come to NZ. The first thing that will hit the close protection officer is the … END_OF_DOCUMENT_TOKEN_TO_BE_REPLACED

Mental Body Armour – have you got your kit on?   You wouldn’t dream of going on a job without appropriate physical … END_OF_DOCUMENT_TOKEN_TO_BE_REPLACED 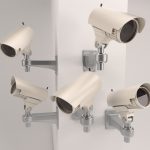 The New Bodyguard By Kevin Horak It has been a pleasure to read and review this book, which is a fantastic read, … END_OF_DOCUMENT_TOKEN_TO_BE_REPLACED