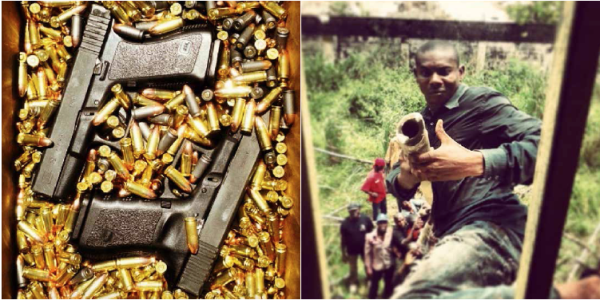 I am always being asked about which guns are best for close protection details and personal defense etc… My answer is whatever you have access to and what hopefully goes bang when you pull the trigger!! In the U.S. people are spoilt as far as firearms are concerned, in most U.S. States they are freely available to those without criminal records and the ‘use of force’ laws are very lenient. This is not so in many other countries!

If you are traveling internationally the chances are you will not be able to take firearms with you due to the laws in the country you are visiting, which you need to check before traveling. In many countries, you can take sporting/hunting guns if you manage to get a permit from the embassy of that country before you travel. This can be a long and difficult process and will also put yourself and your project on the radar of the country you’re visiting before you even get there. If you get permission to take a firearm with you into another country the chances are that it will not be a ‘carry permit’. In most places, citizens and legal residents of that country are the only ones who can get firearms ownership and carry permits, if they are available.

It is also very important to know the laws on the use of force and restrictions on any weapons such as knives and pepper spray that you may want to carry. In places such as England, if you’re caught with the same type of pepper spray, which can be bought at a gas station in most U.S. States, you’re looking at being arrested and likely spending up to 2 years in prison.

Even in countries that have a reputation for high crime and violence the chances are that firearms will officially be regulated, usually strictly. I was recently asked to train a U.S. team who claimed to be going to Mexico, where firearms are very restricted, even for Mexican citizens – officially! When I asked these guys whether they wanted an armed or unarmed course they naturally said armed. When I asked them how they were going to carry in Mexico, they said ‘they were working on it.’ More like dreaming. Sure, if you’re working for the Cartels you’ll get guns no problems, I hung up, I don’t waste my time on such people.

I regularly hear of people that have armed contracts in Mexico and are looking for bodyguards etc. 99.9% of the time these inquiries are just looking to build a database of resumes/CV’s or wanting to promote themselves. I also hear stories of people claiming to work armed in Mexico, claiming to run hostage rescue missions etc. Well, just recently a U.S. Marine, Sgt. Andrew Tahmooressi was released from 8 months in a Mexican jail for accidentally driving down a wrong border road and into a Mexican police checkpoint, with legal firearms (in the U.S.) in his vehicle. So, how do you think the Mexican Authorities would react to someone dressed in tactical gear with an AR-15 claiming to be there to do a hostage rescue mission? If they do not get shot right on the spot then they will be going straight to jail before being paraded for all the international news channels to see!

In Mexico, if you caught carrying a gun without the right paperwork, which is impossible to get for foreigners, non-Mexican military or police personnel you will have problems. If you are caught by the police or involved in a shooting then you’re going to jail. And you better have plenty of $$ available if you want to get out! If you’re caught at a cartel roadblock and they find a gun… The best hope for you is that they kill you quickly! You may feel like a tough guy with a 9mm but up against half a dozen shooters with AK’s and AR’s you’re going to have issues.

Another recent example was the crew of the U.S. Salvage Vessel the “Aqua Quest” who were arrested in Honduras and held for two months in Jail. Honduras is one of the most dangerous countries going but they still strictly enforce gun laws. In this case, it seems the crew took weapons, that were not legal, into the country; combine this with entrepreneurial police and you have a big problem. Both the crew of the “Aqua Quest” and “Sgt. Andrew Tahmooressi” were very lucky to get released but they had family and supporters who pushed the case for their innocence. As a security contractor don’t expect such niceties, you will be guilty until proven innocent. A good example of this is the four Blackwater guards that were recently convicted on multiple charges in the case of the Baghdad shooting in 2007.

Most international protection jobs are unarmed; Iraq and Afghanistan are unique situations that I doubt we’ll see again. Close protection operators must know how to avoid problems, which is where the skill lies. I can teach someone to shoot in a day, to teach someone to be streetwise and able to operate takes a lot longer.

Considerations for traveling with firearms

When considering traveling with weapons you need to ask yourself some simple questions; as usual, you’re doing a threat assessment. You need to consider the following:

What are the Legalities of carrying weapons and the use of force?

Do you actually need to be armed?

What weapons are available?

What are the consequences if stopped by police or criminals?

What are the consequences for the use of force?

I always stress to my students and clients that ‘guns can get you out of trouble, but they can get you into a lot more trouble also! If you’re working armed you need to have done your homework and know how you’re going to deal with all the potential problems that can occur from carrying a weapon and using force etc. For example, if you ‘drop’ someone are you going to hang around and possibly end up in a 3rd world jail or will you go straight to plan “Foxtrot Oscar”? Most people in the close protection business see themselves as reactionary; if they are attacked they’ll save their client but there is a bit more to it than that! Here’s a warning; if you are low profile and it gets to the stage where you’re being attacked then you’ve already missed something and will most likely be the first to die, hopefully quickly!

Orlando Wilson has worked in the security industry internationally for over 25 years. He has become accustomed to the types of complications that can occur when dealing with international law enforcement agencies, organized crime, and Mafia groups. He is the chief consultant for Risks Inc. and based in Miami but spends much of his time traveling and providing a wide range of kidnapping prevention and tactical training services to private and government clients.

END_OF_DOCUMENT_TOKEN_TO_BE_REPLACED 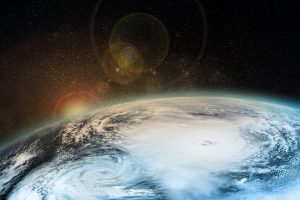 As the 2018 Atlantic hurricane season approaches, concerns are rising over a possible repeat of the …