The term ‘Image Projection’ refers to the tactic of presenting yourself as an Alpha personality in order to discourage a confrontation.

In short, dressing like an Alpha personality prompts respect from people (men and women) and makes you look like a hard target (psychologically).

How does it work?  Well, it’s based on the characteristics that people admire in an Alpha personality, regardless of whether it’s a man or a woman.

When you put those basic characteristics into how a person dresses, they become:
• Dress simply to look practical.
• Dress strong to look capable.
• Dress functional to look efficient.

In short, dress in a way that’s simple, strong, and functional. And at its most basic level that’s done by:
• Taking a minimalist approach (little-to-no decoration)
• highlighting your best physical features (shoulders, chest, etc.)
• and using dark or solid colours as the foundation of your wardrobe.

Now I’ll throw you a curve ball… the character of James Bond is a good example. Why? Because that character is a construct, a formula that expresses how an alpha personality dresses. It’s what makes him universally attractive.

And even if the James Bond character were changed to become African-American, Latino or Asian, the construct would still have to remain fundamentally the same, or that universal attraction would be lost.

So now let’s look at why so many people in the industry don’t always dress like an Alpha personality, especially when it’s helpful in discouraging confrontations. 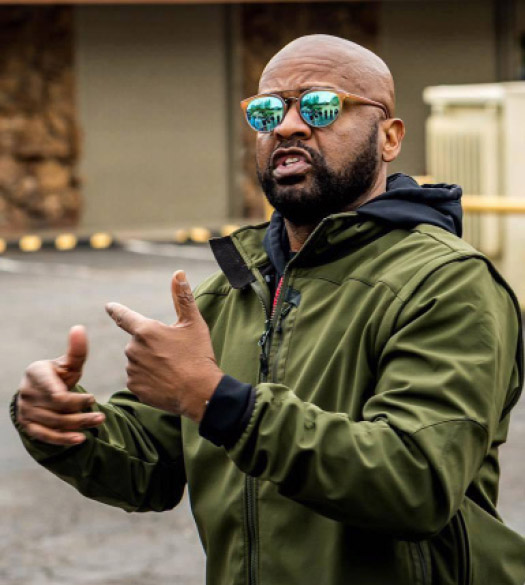 From a psychological perspective, the three primal values that influence the way we all dress are:
1. To fit in and be accepted by our tribe or social group.
2. To stand out and have an advantage that raises our status.
3. To be sexually attractive to potential mates within the tribe or group.

Note: Value #1 (to fit-in) is especially important to men because historically we have depended on the other men in the tribe to help hunt for food, or to fight to defend the tribe.

So, considering those primal values, it’s easy to see why so many people in the security industry dress to fit-it with other members of their security group.

That might mean for example: wearing all black; or dressing in tactical gear. And by doing so, we’re fitting-in to be accepted and thereby gaining the support of the group, which may be life-saving in a violent confrontation.

It’s a primal response, and completely valid. But let’s look at that from a career or business perspective.

I’m an advocate of the tactic: “Always look like you’re worth more than the client is paying you! ” It’s a value-added approach and can be achieved by dressing with Alpha Styling.

Here’s an example of what I mean…..

About a month ago I was talking to a Firearms Instructor about his business… and I had noticed from his FaceBook posts that whenever he was on the range, he liked to wear tactical gear, just like the people he was training.

I understood why he did that (to fit-in and be accepted). However, I suggested that he consider dressing more alpha, especially as his courses were expensive due to the broad range of firearms involved.

In other words, by taking a minimalist approach to the way he dressed (no big logos etc.), he would make a subtle but profound statement that he was confident in who he was, and what he knew, so he doesn’t need anyone’s acceptance.

In short, it would benefit him to dress more like a Leader, as an alpha personality!

I also pointed out to him that by wearing a polo and pants that weren’t so obviously ‘tactical’, he would be able to throw on a sports coat and go straight from the range to a lunch or business meeting if necessary.

And that’s just being versatile, which is another character trait of an Alpha personality!

Now I’m sure that many people would argue that you should be able to dress in a way that you prefer, as long as you’re good at your job.

That’s a nice idea. But keep in mind that a client generally isn’t interested in your personal styling. They want you to look like you can protect them. And if it’s not apparent to them, then it’s probably not going to be visible to anyone wanting to do them harm.

Consequently, it’s crucial that you dress like a hard target. So, my final recommendation is to structure a wardrobe that’s versatile, but still expresses the character traits of an Alpha personality:
• Dress simple, strong, and functional.
• Take a minimalist approach with little-to-no decoration.
• Highlight your best physical features (shoulders, chest, etc.).
• Use dark or solid colours as the foundation of your wardrobe.

And depending on your area of speciality, that might mean:
Dressing in basic black. Wearing tactical polo and pants, or a polo, slacks and sports jacket. Wearing an open-neck shirt and jacket or a formal business suit, shirt and tie.

If you structure your wardrobe carefully, that doesn’t have to be a big investment at all. Several pieces will mix-and-match to suit different occasions and different clients.

Footnote: And if you’re ever unsure as to where what you’re wearing is maximising your Image Projection, ask yourself one simple question “Can I see James Bond wearing this in a movie?” It sounds a bit cliché I know, but it’s actually a quick and effective way to assess the psychological effect of what you’re wearing!

Many of us in the security and protection industry have heard the term ‘’situational awareness’’, …

END_OF_DOCUMENT_TOKEN_TO_BE_REPLACED

So you got the tap for the assignment and a spot on the detail?  You are good to go for the next …

END_OF_DOCUMENT_TOKEN_TO_BE_REPLACED 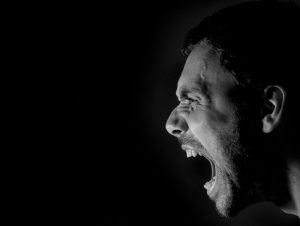 Do you ever feel bogged down by other people’s demands? Or as though, no matter how much you help …