You are here: Home / Archives / Man, That Burns!

A brief look at MACE Pepper Gel for Protection Specialists.

As a protection specialist, it is not uncommon to be found working with a principal unarmed. Often times, the locations that your Principal visits may have restrictions on firearms. However, even in those situations in which you may be permitted to carry lethal force tools, you may want to consider “less-lethal” force options for confrontations that may not warrant a lethal force response. A common tool afforded to security specialists industry-wide as a less lethal force option is Oleoresin Capsicum, more commonly known as Pepper Spray.

Oleoresin capsicum, “OC” or Pepper Spray is a naturally occurring substance derived from hot peppers. OC works by causing an intense burning sensation to the skin, eyes and throat on contact. It is known as a lachrymatory agent (a chemical compound that irritates the eyes to cause tears, pain, and temporary blindness) and is commonly used in policing, riot control, crowd control, and personal self-defense. Its inflammatory effects on the mucous membrane cause the eyes to close, taking away vision. This temporary blindness can allow a protection specialist using pepper spray for self-defense an opportunity to escape to safety with their principal.

MACE Take Down series Pepper Gel
Pepper Spray is known to be an effective personal protection tool. It isn’t without its drawbacks and limitations, however. For example, Streaming type pepper sprays, one of the more popular formats in use, can contaminate the surrounding area when used indoors due to the extremely small particulates that make the OC chemical (called capsaicin), often affecting innocent parties that may not be involved with the confrontation at hand.  Decontamination of the affected area can also take quite a while to dissipate. This can present a challenge for those protection specialists whose common operating area may put them in crowded locations or indoors where innocent parties could be affected.

TAKE DOWN EXTREME PEPPER GEL is one of the strongest pepper spray formulations offered by MACE brand, a 1.4% capsaicinoids concentration, suspended in a sticky gel, making it ideal for use indoors or in windy conditions. Their patent-pending formula has several advantages over traditional pepper sprays such as streamers, foggers and cone type sprays.

Mace Pepper Gel Distance Defense Sprays combine the Maximum Strength Formula of OC Pepper and invisible UV marking dye with the added sticking power of Mace Gel Stream Technology. This Ultimate Pepper Gel Formula outperforms conventional pepper sprays by delivering extreme stopping power that blindfolds an attacker with reduced blowback from the wind. Mace Pepper Gel is offered in three sizes for delivering a targeted stream of Ultimate Pepper Gel Formula from 18-25 ft depending on the model and the product.

You can safely defend yourself and your Principal in a threatening situation with the effective power of this product as it affords you the opportunity to counter the attacker from distance, seriously affecting his vision and breathing, giving you precious time to escape the area with your principal. This particular product also contains an invisible UV marking dye that can help police identify your assailant once you’ve gotten your principal to a safe area.

Determining OC strength
Determining the strength of different manufacturers of pepper sprays can be a confusing task. The best and possibly the only reliable method is using what’s referred to as the CRC of the product which stands for the Capsaicin and Related Capsaicinoids. CRC does not measure the amount of Oleoresin Capsicum (OC) within the formulation. Instead, CRC is the heat bearing and pain producing components of the OC.

Some manufacturers may show a very high percentage of OC (Oleoresin Capsicum) and, although OC is the active ingredient within the formulation, it does not indicate pepper spray strength. The federal government of the United States makes no mention of SHU (Scoville heat units – a popular rating shown on most Pepper Spray containers) or OC in their requirements, only CRC. The SHU is measured at the base resin and not by what comes out of the aerosol.

Here are a few more facts about the advantages of using Pepper Gel that makes it ideal for protection specialists who may be working in an indoor environment or where the chance to affect innocent bystanders is increased:

What is the proper way to store pepper spray?
Store your Pepper Spray in a cool dry area away from heat, flames or strong light. Do not store it in an environment where the temperature may exceed 120 degrees F (50 degrees C) such as an enclosed vehicle. The Pepper Spray cartridge may leak from over pressurization and fail to function properly. Do not store unit in a cold environment under 32 degrees F (0 degrees C). This may cause depressurization and the loss of effective range.

Can I use the pepper spray after it’s expired?
Mace Defense Sprays have a shelf life of four years from the date of manufacture and each Mace unit is labeled with an expiration date. An expired unit is not likely to have the amount of pressurization needed to spray properly. Expired units should be disposed of in accordance with all local, state and federal regulations.

Is it legal to carry a Pepper Spray?
Though it is legal to carry defense sprays in all 50 States, there are a number of cities and states with specific regulations pertaining to the purchase, possession and use of aerosol defense sprays—it is your responsibility to check with your local police department.

What are the effects of pepper sprays and how long do they last?
Upon direct contact with eyes, respiratory system and mucous membranes, the active ingredients in the pepper spray will cause an attackers eyes to involuntarily slam shut, will cause coughing when inhaled, and an intense burning sensation to the skin. Effects typically last approximately 45 minutes then begin to lessen. That is a huge amount of time to escape an assault with a principal.

Unlike other defensive measures, Pepper Gel has a long lasting residual effect. There are few less lethal self-defense tools that have such a long-lasting effect on a violent attacker like Pepper Spray does. The caveat is that attackers respond to the effects of Pepper Spray differently. This is where Pepper Gel has an advantage in that the Gel formula gives the Protection Specialist the ability to interrupt the vision of the attacker, even without the burning sensation caused by the Capsaicinoids. The gel is sticky and thick enough to obstruct the vision of an attacker but not so thick as to allow the attacker to easily remove the product and (like some foam products) use it against the protection specialist.

Treatment of affected areas
To avoid rubbing the spray into the skin, prolonging the burning sensation, and, in order to not spread the compound to other parts of the body, victims should try to avoid touching affected areas.

Capsaicin is not water soluble and even large volumes of water tend to not wash it off quickly. In general, victims are encouraged to blink vigorously in order to encourage tears, which will help flush the irritant from the eyes as well as using copious amounts of fresh clean water to help flush the eyes.

Many departments and agencies suggest using baby shampoo to help remove the oily base of the resin, however, there is usually no significant difference in pain relief provided by its use. Time after exposure appears to be the best predictor for a decrease in pain.

There are also wipes manufactured for the express purpose of serving to decontaminate someone having received a dose of pepper spray, usually to assist with removing the oily resin containing the capsaicin. Some of the OC will remain in the respiratory system, but a recovery of vision and the coordination of the eyes can be expected within 7 to 15 minutes of decontamination and the use of copious amounts of fresh water.

Leon S. Adams is a Certified Executive Protection and Security Specialist serving the Atlanta, Georgia and surrounding areas. Mr. Adams has more than 22 years of professional security, law enforcement and military experience in the industry. He is a Certified Instructor in several self-defense implements, and currently conducts training courses for professional security practitioners both stateside and in the Caribbean.  To order the recommend products visit: www.superiorsecurityconcepts.com/pepper-spray-course.php

How the industry has changed and evolved. The role of the medic working on the ground in hostile environments has … END_OF_DOCUMENT_TOKEN_TO_BE_REPLACED

SIA Get tough on Unlicensed operators Leicester, UK A UK security company boss has been ordered to pay £30,000 … END_OF_DOCUMENT_TOKEN_TO_BE_REPLACED 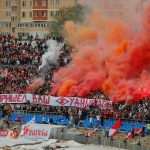 Risk and Retaliation at the World Cup and Beyond. On 3/26/2018, the United States joined 20 nations including the UK, … END_OF_DOCUMENT_TOKEN_TO_BE_REPLACED

Interview With: Elijah Shaw     Elijah Shaw is one of the USA’s top bodyguards. He has protected most of the biggest … END_OF_DOCUMENT_TOKEN_TO_BE_REPLACED 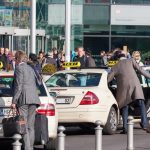 Bleisure travel, or combining business travel with leisure time, is a growing trend, with just under half of all … END_OF_DOCUMENT_TOKEN_TO_BE_REPLACED