As the requirements and conditions of gaining employment on the circuit become greater, one avenue of training which is critical for CPO’s to follow is medical. Many companies operating in hostile environments will now demand a minimum of an FPOS (first person on scene) as opposed to simply the first aid at work qualification which is the requirement for an SIA licence. Besides, as security professionals we should possess a good knowledge of medical skills regardless.

But which course? Two questions spring to mind immediately. One, how good is the course in respect of quality and two, is it a course that appropriate employers are aware of and respect?  On completion of the Phoenix CP course early this year I was offered the opportunity by a friend to undertake an FPOS run by a training provider for 300 pounds, accommodation was free as I would be staying with my friend. Instead I spent around 800 pounds (including food and accommodation) on the Prometheus VIP emergency responder FPOS course. I am of the opinion that I made a good choice and I think the evidence I show during this report will bear this out.

I selected Prometheus as I had heard excellent comments about them from both experienced professionals on networking forums and also from a leading CP training provider. Firstly I already had some med training in the form of a first aid at work and Phoenix emergency responder qualifications.  It wasn’t just about gaining the FPOS tick in the box, I wanted to be good at the end of it. I made my initial call and found the administrator pleasant and helpful. On securing my place with an initial deposit I promptly received my joining instructions (good, with information on the course, training location, getting there and a map) and pre course manual. The manual immediately made a good impression as it was as thick as my little finger and a lot more detailed than others I had seen. We were asked to complete a minimum of three hours study before we arrived. This suggested an intense workload and a running start. Good.

I arrived the evening before the course to the charming old rectory a few miles from Hereford. I will cover the food and accommodation briefly, excellent. Either shared or single rooms are available and the food was superb. I dropped a kilo with the healthy eating and banging out a run every evening on the hilly roads around the rectory. Wireless internet is available throughout the location.

Day one saw the introduction to the training team which included a gentleman with many years in a specialised background and another who is employed as an ambulance paramedic.  The students were from various security backgrounds with many already employed on the circuit. It was outlined that while the curriculum was set the lessons would be run in a flexible manner and that while the course was intense we would be built up to the level to pass both the written and more importantly the practical assessments at the course end.

The lessons were split between powerpoint lectures and practical activities both in the classroom and in scenario based activities in the local area. I was impressed with two areas. One, the theory was interspersed with the practical. This prevented the inevitable “death by powerpoint” which occurs with prolonged classroom time. We would study a lesson and before fatigue set in we would stand up and race around outside putting it into practice in interesting and realistic scenarios. To borrow a phrase from English teaching the “engage, study, activate” strategy which was followed on the course ensured far greater absorption and retention of information than slowly slipping into unconsciousness in a stuffy classroom.  Secondly, the attention to detail in the scenarios with regard to diagnosing injuries was superior to anything I have done before. Example “OK John as you are doing your RISEN assessment you observe that one side of the chest is significantly swollen, and along with the mechanism of injury, breathing rate and pulse what does this indicate?” “Tension pneumothorax?”  I reply. “Good”.

The lessons covered on the course included all standard FPOS material and a great deal more in the content of trauma management, tactical medical support, blast and ballistic injuries and haemostatic agents amongst others.  It was easy to see that the course was particularly aimed at individuals working in a hostile environment. The instructors were extremely knowledgeable and just as importantly had good communication skills. They were patient and fostered an inquisitive atmosphere where all questions were encouraged and welcomed.

Negatives? Whilst anyone can go on an FPOS I would suggest that to really make the most of VIPER some basic medical training would be an advantage. I was able to consolidate my medical knowledge and had the time and background to digest the new information. If I had started from scratch then I would have taken less from the course as it was intense. I feel I needed the time to focus on medical skills and take them to the next level. On the subject of time, whilst FPOS courses which are attached to CP courses tick the box and are worthwhile activities, I honestly think that with all the other content and pressure on a CP course that much of the medical knowledge will wash over people’s heads or degrade swiftly afterwards. I finished the course feeling confident in my skills having performed well on the assessment.

In closing I have found VIPER to be a very worthwhile experience which may have had a hand  in my recently gaining the type of  employment which I was searching for. Time permitting  I intend to take things a step further with the VIPER’s big brother STORM later in the year.

“They say God made man, but Sam Colt made them equal.” Charles Martin Bullets are bullets and …

END_OF_DOCUMENT_TOKEN_TO_BE_REPLACED 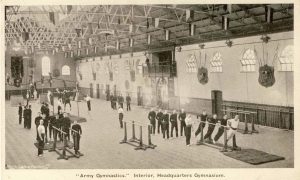