The article featured a picture of a Ford pickup truck on the cover, the idea was to use a pickup truck to mow down the enemies of Allah.

These vehicle attacks are a part of larger category of weapons called “Momentum Weapons.”
When we think back to September 11th of 2001, we saw the incorporation of one of the most impactful integrated uses of momentum weapons when terrorist utilized planes to fly into the Twin Towers and the Pentagon.  While the global intelligence community has done a good job collectively thwarting many post 9/11 planned aerial attacks, we can’t be totally confident that some of the success may not have also been attributed to a change in terrorist strategies and tactics calling for an increase in low profile homegrown terrorist activities.

Momentum Weapons can be defined as anything from cars, trucks, buses, bulldozers, and planes etc. World leaders remain increasingly concerned about vehicles being used as weapons of mass murder after an onslaught of similar attacks around the world.    In the December 2016 issue of Rumiyah, the Islamic State’s magazine, similar to the Al Qaeda inspired article again spoke to the virtue of using large trucks and included instructions on how to maximize casualties in a truck attack, potential targets and planning tips.  The techniques in conjunction with calls to activate local cells or operators to lower the profile and minimize exposure.  By simplifying the techniques and tools they hope to avoid detection while funding their low budget terroristic activities.

Just this year alone we have seen both Muslim and Christian inspired extremist use vehicles as weapons in Melbourne, Australia; multiple occasions in London, UK; Columbus, OH; Stockholm, Sweden; Charlottesville, VA; Edmonton, Canada and in Lower Manhattan where a terrorist drove a rental truck drove down a busy bicycle path near the World Trade Center.

In addition to the initial death and injury caused by the vehicle attacks, we have also seen secondary attacks by the drivers which incorporated the use of edged weapons (particularly knives) and firearms.

Why are vehicles becoming the weapon of choice?  Because they are easy to secure, they require limited planning, a minimal skill set to deploy, and minor preparation.  They risk little chance of detection as they can make it through traditional weapons and explosive check points and random searches.  Outside of the USA that is also the same reason knives have become the primary weapon for the secondary attacks because of the ease in securing and limited training required to cause injury.  Care should be taken any time you are in densely populated areas, particularly around traditional tourist locations and on holidays of religious significance or on the anniversaries of historic events.  If frequenting those areas, look for the presence of traditional and improvised barricades to enhance your safety and protection.  Stay away from long lines and try and avoid choke points with available vehicular access.

Defenses Against Vehicles as Weapons:

When it comes to defenses against firearms remember the tactical triad of Cover, Concealment and Distance:

Distance – Put as much distance as possible between you and the bad guy (most people don’t shoot well over distance), as you move away from the threat.

The 21-Foot Rule has historically been a benchmark used in both firearms and edged weapon defense training.  The rule stated that most adults can close 21 feet in 1.5 seconds.  So, from seven yards when met with unwelcomed force you had 1.5 seconds to respond accordingly.  I often explain to most protection specialists, law enforcement officers as well as civilians that I train, that the 21-foot rule however has long been an outdated paradigm.

So thus, increasing your reaction distance or closing the gap to contact range to jam the draw of an attacker with a knife or a gun or prudent considerations.  Stay aware, stay focused and stay safe, and always remember a tactical escape beats a tactical encounter every time.

For additional safety tips visit www.pantherprotectionservices.com.  Mark “Six” James is Founder and Executive Director of Panther Protection Services, LLC.  He is an internationally published author, keynote speaker, security consultant to educational institutions and frequent contributor to a number of print, broadcast and online media, and the author of a number of security, firearm and protection publications.  Panther Protection Services is a full-service protection agency focusing on Risk and Crisis Mitigation, Protective Services, Self-Defense Training, and Firearm Instruction.

If you are a professional user of traditional ‘push to talk’ two-way radio communications, this will …

END_OF_DOCUMENT_TOKEN_TO_BE_REPLACED

It’s the dreaded phrase your boss says to you, usually when you are already extraordinarily busy. It …

END_OF_DOCUMENT_TOKEN_TO_BE_REPLACED 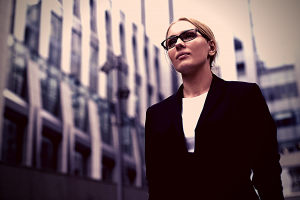