You are here: Home / Archives / The European Security Academy course

Quite a lot can happen in two weeks but when I signed up at European Security Academy I was not prepared for how much those two weeks of initial CP training would teach me.

As an information security professional I had no previous CP experience when I first encountered ESA during Qatar’s Milipol exhibition. Nevertheless, a few month and some Internet digging later (mainly to check the company’s reputation) I was headed toward Poznan, Poland. I had signed up for a two day small arms crash course followed by one week of basic CP and another week long Team Leader (advanced) course.

If first impressions are a good guide then ESA got it right. I was picked up at the airport by two uniformed instructors in a black Hummer and taken via a 45 minutes drive to the Academy campus. The place is postcard-worthy : a large, very green cottage housing several quite comfortable wooden bungalows and support buildings, all located in a quiet rural area of Poland.
There is an obvious advantage to the location beyond the looks : the entire course takes place behind the massive wooden gates of the campus. Students eat, sleep and work together 24/7. This is how the instructors start building a team out of a bunch of new trainees still wearing blue jeans and flip flops. Soon I’ll discover that this is one of ESA’s core values: CP IS ALL TEAM WORK. It’s your team, your shared responsibility, and the job has to be done wether or not someone made a mistake or under-performed. Trainees are constantly reminded this in many subtle, and at times less than subtle ways and believe me, it works.

First off, trainees are issued their uniform. Wearing the Academy uniform is mandatory and that’s when the team starts looking as one. Speaking of the team, most of the trainees were either military personnel (both active and freshly out) or private security individuals working the door at clubs or doing static security at public events, along with the occasional PMC operator. All were looking to better their professional careers and they were all highly motivated.

As I was about to find out, the training itself is very practical, intensive and demanding. At times it’s close to 12 hours of instruction a day, and never less than ten (not counting the occasional team project to be worked on in the evenings and presented the following morning). If it feels like it’s non-stop then that’s because it is. The instructors spare themselves no effort in sharing the full extend of their expertise and they expect no less from the trainees. It can be daunting at times, but fortunately I found the instructors to be very accessible and very involved in their trainees progression. This may be due to the fact that ESA is a family owned and operated business and the instructors are few, but I sure hope they will maintain this trait even as they grow in size, which they are sure to do.

ESA’s training method involves a quick classroom lecture about the subject at hand followed by hours of solid practice, then back to the classroom for some debriefing. Rinse and repeat for the next two weeks.

The practical part of the training relies at first on drills to build muscle memory. Lots of drills. This is very effective, especially with small arms training. On my very first day of the small arms crash course, the solid eight hours spent on the field doing dry and live ammo drills with the Glock proved invaluable later on. Once the drills have sunk in it’s time for real-life scenarios, such as attacks against a principal (using both paintball and Simunition FX for small arms, MP5 and M4). There are quite a few of these culminating with the mother of all scenarios; a 48hr real-to-life CP mission in town, complete with suits, cars, radios, mobile phones, GPS, an armed threat and a ‘very difficult to work with’ VIP, played by an instructor.

We’re not done yet though. Starting from the ground up we learn the different configurations and foot work to conduct VIP+1 up to VIP+5 drills, and practice them in many different situations. Usually a team will practice while the rest of the trainees either watch or play obstacles, some of them are instructed to act as aggressors or to deliberately disturb the active team. Foot work, Embus / Debus, building entry and exit procedures, VIP evacuation and use of force. Those are the tools of the trade and we’ll have honed them well by the end of the training. The campus is a real asset here: large enough and with plenty of buildings and ambush points to allow for interesting scenarios.

Although the focus is clearly on practical hands-on training, theory is still very much part of the show (hence the very long hours!). The course encompasses everything from the structure of a typical or not so typical CP operation (Advance Team, Counter Assault Team, residence and office security teams etc…) to the need for counter-surveillance, understanding kidnapers motivations and strategies and real-life case studies. Theory picks up during the advanced Team Leader course and here the curriculum goes into much more detail regarding advance team work, route reconnaissance, report writing, setting up a Command & Control room, working with security drivers and local drivers, firearms sourcing, traveling by plane, working in restaurants and other public venues, etc etc… This last course truly ties it all together and is, in my opinion, not optional even though technically one could just book the CP Basic course alone.

Then there’s a day of paramedical response training. Of course it’s not be enough to qualify an operator as a paramedic but it’s still good enough to learn the basics such as: what does that stuff in the medical kit do? Familiarization of likely injuries potentially encountered – hemorrhages, choking, bullet wounds and so on. As with the other courses, medical is also very practical with props used to simulate different conditions.
While it will obviously not make us all paramedics, just learning how to quickly assess a condition, how and when to use a tourniquet and when to apply QuikClot is beneficial. For everything else, there are good specialized paramedical response courses out there !

Finally, the firearms package. The Academy is equipped with an indoor shooting range complete with strobe lights, timers, sound effects and mannequins. They also own an outdoor shooting range just outside the perimeter (it is surrounded by a fairly testing obstacle course which trainees will get to know and love during those early morning team-building runs). The armory is well stocked with various small arms as well as submachine guns and various assault rifles. All are taught over the two weeks course except the assault rifles. Beside regular target practice, more specific drills including CP specific shooting shooting, timed shooting with visual and sound distractions and shooting from a moving vehicle. My favorite though, was a live ammo VIP+5 evac with embus exercise. Getting six people to safely perform a flawless embus while running and shooting with live rounds truly showed how hard we had all worked and how much we had grown as a team

Each course is certified thorough examination including classroom exams and practical tests with a minimum performance required on each test. Students who failed up to two tests can usually re-take them on the spot (that’s what actually happened to me with the submachine gun evaluation), while more than two failed evaluations may earn the trainee the chance to come back to the Academy free of charge to try it all over again. Just once, though.

As for me, I’m pleased to say that I passed but they were two really intense, demanding and eye-opening weeks. I would definitely recommend this two week package to anybody willing to get his foot in the door of the CP industry. Since then I’ve seen some of my fellow teammates enter the circuit. I’m not sure I will for the moment, as my motivation was to complement my information security expertise with physical security practice but nevertheless, this is not the last that the ESA will see of me.

The number of active cybersecurity firms in the UK has increased 44% – up from 846 in 2017 to over 1,200 at year-end 2019. This growth is the equivalent to a new cybersecurity business being set up in the UK every week

Industry News January 2020. We cast our eye over the main stories impacting the security industry. Here’s what’s appeared on the radar since the last issue.

We all hear about this OSINT malarkey but searching the Internet for information is much much more than just dropping a couple of search terms into Google.

There are many different search engines out there and using these various systems, combined with how you actually search for phrases, should bring you the results you are after.

An estimated 5.9 million CCTV cameras were in operation throughout the UK in 2016, making the British public one of the most surveilled in the world. Only Beijing has more CCTV cameras than London, where the average person will be recorded on camera 300 times in one day. 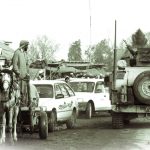 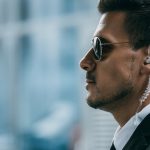 Personality: An internal disposition that guides a specific pattern of behaviour. Over many decades, psychologists … END_OF_DOCUMENT_TOKEN_TO_BE_REPLACED

The word on the high seas is that the first modern-day Somali Pirates were, in fact, the Somali Coastguard. … END_OF_DOCUMENT_TOKEN_TO_BE_REPLACED 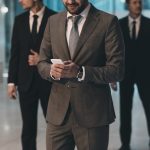 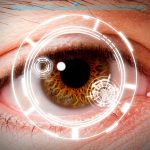 How To Choose The Best System For You As a business owner, your mind can only be put fully at ease when you are certain … END_OF_DOCUMENT_TOKEN_TO_BE_REPLACED 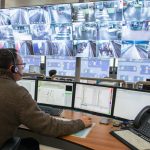 In recent years there has been a surge of acid attacks in London and the surrounding areas. Understandably this has … END_OF_DOCUMENT_TOKEN_TO_BE_REPLACED