Shiite extremists remaining in Baghdad have added a relatively new weapon to their arsenal in the fight against U.S. forces, one with more destructive power than most of the usual improvised explosive devices planted along city thoroughfares – the improvised rocket-assisted mortar.

The IRAM is technologically crude, its aiming is inaccurate, and the number of times it has been used by Shiite extremists against U.S. forces in the Baghdad area have been few, but its potential for death and destruction is so great that soldiers on many combat operations posts around the capital now conduct patrols daily to specifically try to disrupt any attempt to manoeuvre the devices into launching position and fire them.

“In the right place, at the right time, it can be very lethal,” said Lt. Col. John Digiambattista, operations officer for the 3rd Brigade Combat Team, 4th Infantry Division. “Our biggest challenge is to keep it out of an area where it can do the most damage. “It’s mobile, it’s concealable. Those two things make it very dangerous.” Since the start of the insurgency in Iraq following the deposing of Saddam Hussein by U.S. forces in 2003, it has been the improvised explosive device and its cousin the explosively formed projectile, which are planted on and along roads, that have made the biggest mark in the war, accounting for most U.S. military deaths.

The IRAM is different in how it’s used. In essence, it’s a flying IED. It consists of a canister – either a propane tank or cylinder – packed with explosives attached to a rocket tube (body) and powered by a 107mm rocket motor. Each IRAM carries more than 100 pounds of high explosive. In contrast, a conventional 107mm rocket carries only 3 pounds. The device is placed on rocket rails, which can be angled for distance, and fired at its target by a timing device, military officers said. The rails are placed on the back of a lowsided flat-bed cargo truck, usually a Bongo, which is ever-present in Baghdad. The truck is parked and angled toward the target, and the devices (usually four or more in succession) are launched using delayed timers. Aiming is directional, a sort of line-of-sight lob over the cab of the truck or over the side. Distance is about 300 to 500 meters, according to Maj. Geoff Greene, executive officer of the 1st (combined Arms) Battalion of the 68 Armor Regiment.

In June, Greene and the men at Combat Outpost Callahan in the Sha’ab district of north-east Baghdad narrowly escaped an IRAM attack. The truck had been parked and angled several hundred meters away in a residential neighbourhood, but one of the IRAMs apparently malfunctioned and exploded before launch, causing at least four others on the truck to explode as well. The result, was 16 civilian deaths, 29 civilian injuries and damage to 15 homes. In July, one soldier and one Iraqi interpreter were wounded at Joint Security Station Ur in northeastern Baghdad by an IRAM attack.

In late April, during the height of fighting in and around Sadr City between coalition forces and Shiite extremists of anti-American cleric Moqtada Sadr, more than a half-dozen IRAMs were fired at the main coalition outpost in the area. “We had some bad guys draw up in a truck behind the JSS (Sadr City) with(rocket) launching rails on the back of it,” said Maj. Mike Humphreys, a brigade public affairs officer who was at the U.S.-Iraqi base then. “They launched acetylene-like canisters from them and then took off.” Five canisters came over the back wall of the JSS, he said. Four detonated. One literally blew in the wall on the south west side of the station’s main building where U.S. forces had located their tactical operations centre. Another blew in the wall of a billeting area where, if it had occurred at night, soldiers would have been sleeping. One canister that came over the wall failed to explode. Three others were found in the vehicle after the attack.

In all, there have been less than a dozen stymied or successful IRAM attacks since January, but no one remains complacent about them. An invisible cordon now exists around U.S. outposts, which are patrolled constantly. Troops also regularly search industrial areas and metal shops where the devices could be fabricated. “If we find a large amount of tubes threaded at one end, wheels to position the tubes to position the rockets, combined with a Bongo truck or other large truck, those are the characteristics of finding an IRAM,” Greene said. “To find them all together is either a coincidence or people are building an IRAM.

Right now we assess the distance at 500 meters. At first we estimated it at 300 meters, but they have gotten better at it. I suspect the enemy will improve upon them even more.” 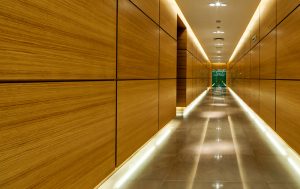 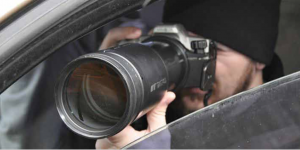 END_OF_DOCUMENT_TOKEN_TO_BE_REPLACED

The vast majority of problems people have with business deals, investments and their personal life …

END_OF_DOCUMENT_TOKEN_TO_BE_REPLACED 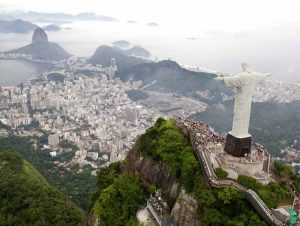 END_OF_DOCUMENT_TOKEN_TO_BE_REPLACED

Industry Catch Phrase or Industry Standard? From the time we are indoctrinated into this Industry, …