Consider this, when broken down to its most basic components, the vast majority of traditional self-defence courses only teach defensive responses to an attack once it has begun.

I am of the opinion that’s not only a bit late, it’s also certainly not enough to survive a Mass Casualty Event in these days and times.  In light of that, I have found that Reality-Based Self Defence (RBSD) systems take things a bit further by teaching pre-fight tactics such as: creating safe distance; using non-aggressive body language; reading pre-fight indicators; and applying verbal de-escalation techniques.  Yet all of that is still not enough to effectively survive a terrorist attack in a public space, especially if you’re with family or friends.

It was several years ago now that I recognized that the basic strategy of Close Protection provided a simple but effective survival plan that could be applied to civilians.

That basic strategy as I see it is as follows:

In short: Avoid; Protect; Escape. And it’s a strategy that’s becoming more and more important as the level of violence increases in our society. In contrast to the survival plan that these three tactics create, most traditional self-defence courses only offer the tactic of “Protect.” And most RBSD systems only offer the tactics of “Avoid and Protect.”

Where’s the Escape? How do I get myself, my family and friends, out of the chaos of a terrorist attack or an Active Shooter event? It is there where the basic Close Protection strategy of Avoid, Protect, Escape becomes a simple but effective survival plan for even the average citizen.

Firstly, in order to have an “Avoidance” capability, people will need to know something of the pre-fight tactics of RBSD systems:

Next comes the “Protection” capability which can vary depending on where people live geographically, and what laws might restrict or hinder their response to an attack. So while I might recommend that people learn to defend themselves standing, on the ground, and sitting in a confined space such as a car, bus or plane, they might also need to learn the basics of using a handgun or folding-knife safely and defensively.  However, in many countries where carrying handguns or knives is illegal, people are going to need to learn how to use everyday objects as defensive weapons. These might include a TacPen, a TacTorch, a small water-bottle, a rolled-up magazine, or even an umbrella.

This then brings us to learning an “Escape” capability which is the realm of the Close Protection Operative.

Most useful to ordinary people are expressions of Safe Escort & Escape techniques. These could include for example:

The range of techniques is important because an ordinary person can’t just suddenly grab the back of their wife/partner’s head and push her forward to escape a dangerous situation.

You can always give it a try if you’re in doubt as to how they will respond, but I wouldn’t recommend it. In fact, I always advise Trainees to discuss the Escort & Escape techniques they’ve learned, so that no one (wife or children) is caught by surprise in the event of an immediate evacuation.

Learning to escort a loved one out of a dangerous situation complements other important escape tactics such as knowing the safest exits from a shopping center or other venue and understanding the difference between Concealment (not being seen), and Cover (solid protection). This is a very important difference to understand in an Active Shooter Event.

Also useful is a simplified version of the Night Evasion & Escape tactics used by most militaries. For example: Silhouette – Shadow – Screen.

The tactic of “Silhouette” refers to not creating a human silhouette (shape) simply because it’s so easily recognised. To do this you need to avoid being back-lit by lighting or the night sky, and use shadows and screens to disrupt the shape of your body.

The tactic “Shadow” refers to using natural shadowing at night to hide in or move along in. But while you move, it’s important to avoid making long shadows of your own that will attract the attention of your pursuers.

The tactic “Screen” refers to using anything that can hide some-or-all of your body. That might be for example: a car (cover); or just a bush (concealment).

Together, “Silhouette, Shadow and Screen” in an Active Shooter Event at night is a guideline to: seek immediate cover or concealment (preferably cover); then make a plan to use shadows and screens to escape the location as safely as possible.

Finally, we come to an emerging new trend in the Close Protection Industry which is teaching Operatives to apply the basics of Anti Surveillance. The strategy is generally described as follows:

Not surprisingly, this strategy is extremely useful to business executives as well… especially when they’re traveling overseas on business, or with their family.

The basics can be taught very easily. All that’s needed is:

As an example (pictured right), one of the featured photos shows me in the background playing the role of a Black Hat (a criminal)… following a potential victim (a White Hat) around a shopping center… waiting to make contact (if I can) in a vulnerable location. These can include choke points such as a narrow walk-way, the entrance to a car-park, or in this case a public toilet.  In response to being followed, the White Hat(s) exercise a range of observation techniques to determine just who is on their tail… then apply a basic Cleaning Run to shake that tail.

I’ve found that two modules work well for both new-comers to the Security Industry, and business executives traveling overseas:

Module 1: Anti Surveillance Basics and How to apply a Cleaning Run

Module 2: Applying a Phone-Camera to check behind, and collect evidence.

For Security Personnel, the psychological advantage is that both these exercises allow them to play the role of a Black Hat… and thereby gain experience in how bad guys think and act when they’re surveilling a potential victim. As such, the techniques above which have evolved out of Close Protection and military techniques can be taught to protectee’s, family and friends helping to ensure their survival in a crisis.

Close Protection Strategies: The Future of Self Defence Training
By: Wayne Roy 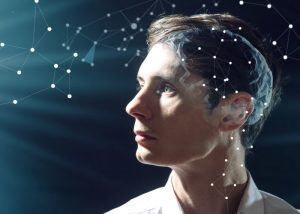 Congratulations, you just got that dream job on the security department of a critical infrastructure …