A Professional Path to the new Competitive Advantage?

Parallel with this research by Adendorff is the well-known 2004 Demos report by Rachel Briggs and Charlie Edwards. Researching global trends in security management and corporate security functions, Briggs and Edwards identified a number of key areas for development within corporate security management. Pivotal to their findings was the increasing tendency for large companies and recruiters to specify commercial acumen and education alongside, and in some cases, ahead of specific security experience.

Briggs and Edwards identify that corporate security management in the 21st century is much more than the dark art many, even today, would lead us to believe. So much so in fact, that commercial skills and experience are beginning to surpass traditional hard security skills, which for the most part must at least be aligned with commercial acumen.

This new breed of security department encompasses so much more than its traditional limitations. For historically the function was viewed as being separate and different from the rest of an organisation, often a limiter restricting freedom of action. For the new departments, and more importantly, their Heads, a commercial model based on that of other traditionally ingrained departments must be followed.

Increasingly, in a global marketplace that is ever-changing, the role and remit of “security” has broadened to encompass areas as diverse as business continuity, disaster planning, corporate and social responsibility and brand and reputation risk management. Such functions are far more commercially minded than the traditional security tasks.

In so doing, the department instinctively becomes better able to embrace its company’s key operational goals, and it is here in support of these goals that the department will provide a competitive advantage.

Are security managers needed at board level? Probably not. But what CEO would not want a trusted expert in operational resiliency beside him at the big table?

In moving to align these related disciplines, by accident or by design, many argue that the more appropriate term for the commercial security department is that of “resiliency” department. It is likely that the term resiliency, not only better reflects the increasing range of responsibilities, but also softens the stigmatism tied with security, opening the pathway for a more integrated discipline within business.

This competitive advantage is no longer driven by the traditional guard, a new breed is coming to power, a breed of security and resiliency specialists with generalist commercial skills backed up by credible experience and training. At a time when the security industry is in a time of change, key to maximising that change is exploring and understanding the wider commercial implications, in the commercial world one looks to address the clients requirement to best serve their need; with security we should be asking the same question. 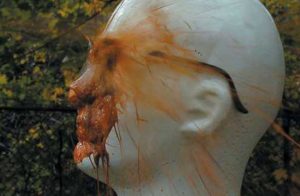 A brief look at MACE Pepper Gel for Protection Specialists. As a protection specialist, it is …

END_OF_DOCUMENT_TOKEN_TO_BE_REPLACED 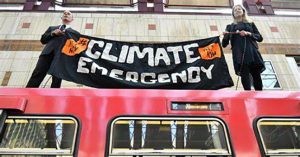