The BBA recently teamed up with Tom Cuthbertson of Cuthys200, a local charity, to offer our support. The BBA will be looking at working locally within the community over the coming years and this felt like a great cause to start with.

Tom, thanks for taking the time to talk to us about the Cuthys200 & the Brothers in Arms Charities.

Q1: Ok, we know that Nathan’s death must have been a major part in your deciding to start the Cuthys200 but has there been any other factors that contributed to it?

A1: Colin Charlton (ex 3 Para), who runs Ryhope Bike Club, asked me when Nathan died if I would be interested in doing a Charity Bike Ride, so really it was his idea. I thought that with all the grieving and stress that we were going through it may help us to focus on something else and gave us a distraction from this. With the 200 miles being so tough, I thought with our Nathan’s sacrifice, as well as what all the other elements of HMG have given on operations, it is only a small token of repayment in raising funds and keeping our Nathans memory alive.

Q2: Why did you choose to do a 200-mile bike ride and how easy has it been finding riders to do it with you?

A2: Like I said, it was Colin who suggested the P-Company type event, something tough that you would need endurance and stamina to complete and one that would leave you with a sense of achievement at the end of it. We wanted a typical Para Reg type event and I think we have got one! To be honest though, we have struggled to attract riders because of this, not everyone shares the same mentality and spirit as those of us who have served, do they?

Q3: What is the immediate aim for the money you’re raising and do you have a target?

A3: We have not set a target, we just try to raise as much as possible for our chosen charity which this year is the National Arboretum in Staffordshire.

Q4: How successful do you feel that it has been, and where do you see it going over the next 5 years or so?

A4: So far, we feel it has been very successful and we have a good showing of support, despite the severity of ride and the distance covered. Our support of the riders is good though so if you are participating then do not worry!

Hopefully we can keep it growing with the kind support from yourselves and others, and of course we are always open to suggestions on how to improve what we are doing.

Q5: Tom, you are ex Airborne and so am I and that means that we have a natural affiliation, but what has the support been like from those outside of the Airborne brotherhood?

A5: Jon, the other Regiments been absolutely brilliant and they can’t do enough mate, other regiments have also lost a lot of blokes. We have all suffered. As an example though, for the ride this year we have a serving Marine, and some ex light infantry lads, some of which were our Nathan’s good friends. It means a lot.

Our Brothers In Arms campaign is also huge, we have a massive following and a lot of people connect this with Cuthys200 so they know it’s all to do with the armed forces regardless of cap badge!

Q6: Nathan followed in your footsteps, which must have made you extremely proud, and now that your youngest son has signed up have your feelings changed at all?

A6: Obviously I’m more and more apprehensive now with what has happened to our Nathan, but as you know yourself it’s a proud moment to pass out of The Depot to become a Paratrooper. The Regiment and Airborne spirit never leaves you and seeing him pass out and go up to the Battalion lines will be another proud moment for us.

My only wish is that we didn’t have to run the Gauntlet over in Afghanistan with AQ! They are cowards, plain and simple. I’ve told Mrs C that our Nathan would be so proud having a younger brother continuing with his ambition and having the balls to join up even after what happened to Nathan. I have never ever asked any of my kids to join the Army, it’s just something they have expressed an interest in and I would back them in whatever they did.

Q7: There are a lot of other charities out there, with HFH being the one on the tip of the publics’ tongue. With this in mind has it been difficult to attract interest from corporate sponsors?

A7: We have only asked for small sponsors up to now Jon. We have been fundraising for 2 years now, trying to build our memorial wall, so it has been a busy time. We have had a lot of donators for Brothers In Arms and I’ve found that people are more than happy to donate to Cuthys200. Naturally, we would like to increase participation and awareness across the board, so it will be good to speak more with you and the rest of the BBA guys about your thoughts on this.

Regarding HFH, well that is a multi million pound charity now and we always try to stay clear, we cannot compete on that scale and our raison d’être is to support local causes.

Tom, it has been great talking with you about this. We hope that our support has helped out even if it is just in a small way and wish you all the success for the future.

For more details about the Cuthys200 please visit: www.cuthys200.co.uk information on Brothers In Arms can be found at: www.brothers-in-arms-memorial.co.uk

Should anyone wish to become involved with either of these charities as a sponsor, helper or participant, then please get in touch with Tom Cuthbertson: 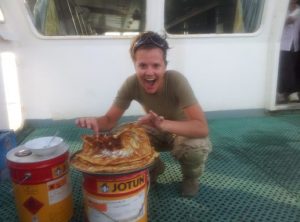 A female’s perspective of being a Maritime Security Operative in the HRA. I first met Ruth Tiik …

END_OF_DOCUMENT_TOKEN_TO_BE_REPLACED

As a training provider, we benchmark the term ‘post-graduate support.’ We take pride in this as it …

END_OF_DOCUMENT_TOKEN_TO_BE_REPLACED 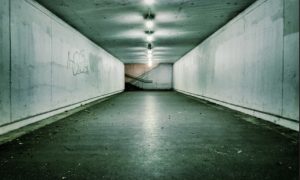