At least 40 people have been killed in a series of attacks on Tuareg settlements in the Menaka region, close to the border with Niger. The attacks were carried out by assailants on motorbikes who opened fire indiscriminately on the nomadic camps between Tuesday, 12, and Wednesday, 13 December. The attacks on the Tuareg nomads have occurred in a state of tension between them and the Fulani ethnic groups. Earlier in December, 15 Fulani civilians were killed by armed attackers in the country’s Mopti region. According to the UN Refugee Agency (UNHCR), tens of thousands of people have been displaced due to the ongoing violence along the border between Niger, Mali and Burkina Faso.

Two government soldiers have reportedly been killed in an attack by suspected Boko Haram militants on their military base in Gulumba village, in Bama district of Borno State. The attack was begun by a suicide bomber detonating their explosives at the entrance to the base, with gunmen following in the attack. Soldiers successfully fought off the attack, with two wounded in addition to the fatalities.

Security forces carried out a raid targeting a militant cell in the city of Bani Mellal, Béni Mellal-Khénifra Region in early December. It is indicated that six militants were arrested, suspected of planning attacks nationwide. According to the General Directorate of Territorial Surveillance (DGST) and the General Directorate of National Security (DGNS), the cell allegedly had links with the Islamic State (IS) militant group. Police seized multiple weapons and bomb-making materials, as well as IS propaganda.

Thousands of local residents have converged in the vicinity of the Lubumbashi International Airport (FBM) because of a rally attended by an opposition candidate. Martin Fayulu is the candidate of the Lamuka Electoral Coalition, which is a coalition of opposition parties. Reports indicate that supporters of the UNAFEC, PND, UNADEF and ECIDE opposition parties are at the rally. The rally is a part of a campaign by the opposition prior to the upcoming presidential elections due to be held on Sunday, 23 December.

Fatalities and Thousands without Power as Snowstorm Hits North Carolina

At least three people have died in snow-related incidents and 144,000 people were without power after a snowstorm hit North Carolina. Some areas of the state received as much as 18.5 inches (50cm) of snow. Thousands of flights were cancelled across the region due to the weather. Governor Roy Cooper has declared a State of Emergency. The North Carolina State patrol responded to more than 670 collisions over a weekend period and a winter weather advisory was in place until 0900hrs (1400 UTC) on Tuesday, 11 December.

The U.S. Border Patrol has arrested 32 people during a protest on the San Diego- side of the Mexican border with Tijuana. Around 300 people were participating in a demonstration organised by the American Friends Service Committee to show support for the caravan of Central American migrants that had reached the U.S border but are struggling to gain entry into the U.S. More than 30 people were arrested for trespassing after they entered an enforcement zone at the border and one person was arrested for assaulting an officer.

Hundreds of students from the Autonomous University Gabriel Rene Moreno (UAGRM) have taken to the streets in Santa Cruz to demonstrate against the candidacy of incumbent President Evo Morales for the January 2019 presidential primary elections. The head of the Movement for Socialism (MAS) party lost a 2016 referendum over whether he should be allowed to run for a fourth term but has been nominated by MAS as their candidate in the election after the Supreme Tribunal of Justice of Bolivia ruled that all public offices have no limits. Protesters have argued that this is counter to what it says in the constitution. Students gathered at the Departmental Electoral Tribunal (TED) before marching to Plaza 24 de Septiembre. Imagery in local media shows students letting off fireworks and there have been reports on social media that a fire has been started at the TED.

According to reports from local media sources, the Turkish Armed Forces (TSK) has carried out several airstrikes against targets in the Sinat-Haftanin and Metina regions of Duhok Governorate. The airstrikes targeted militants from the Kurdish Workers Party (PKK) and TSK announced that five militants had been killed in the operation. A number of shelters were also destroyed in the airstrikes. Turkey has in recent months carried out regular strikes against PKK militants in northern Iraq.

International media sources report that leaders of the delegations from the Yemeni government and the Houthi rebels, in Yemen have agreed to a ceasefire for the port city of Al Hudaydah. This agreement has been reached following talks in Sweden, brokered by the United Nations (UN). Al Hudaydah, the fourth largest city of the country, has great strategic importance due to its position and assets.

Egyptian forces claim to have killed at least 27 suspected militants following a series of airstrikes in the western desert area near the Libyan border. The strikes reportedly destroyed 61 vehicles containing weapons and ammunition. It is further indicated that a sizeable number of militant hideouts were also destroyed, but this is yet to be confirmed. Over the past three years, roughly 1,200 vehicles carrying weapons, ammunition and militants have been destroyed by airstrikes.

According to local media sources, there have been sporadic clashes between riot police and around 1,000 anti-Orban protesters outside of the parliament building in Budapest. The demonstrators are protesting the recent passing of a controversial labour law which raises the amount of overtime employers can demand from workers and is widely referred to as the “slave law”. The clashes between riot police and protesters reportedly occurred when the crowd moved towards a side gate and threw objects at police, who responded with pepper spray.

Interior Minister Christophe Castaner has announced that the French government have raised the security threat level to its highest level after a terrorist-related shooting in Strasbourg city centre. Following the incident, several hundred additional security force members have been deployed to Strasbourg. Authorities have also implemented increased border checks and have strengthened security at Christmas markets nationwide. The highest security level ‘Urgence Attentat’ indicates an imminent risk of a secondary terror attack.

At least 100 people were arrested following clashes between police and protesters affiliated with the ‘Yellow Vest’ movement in Brussels. Some 400 demonstrators had gathered in the Art Lois and Porte de Namur area of the city whilst police deployed to sensitive areas of the city in anticipation of unrest. Police reportedly deployed tear gas and water cannons to disperse protesters who gathered in the vicinity of the nation’s parliament and outside of the office of the Prime Minister, and were throwing objects at police. A number of train services were prevented from stopping at Brussels Central Station as a result of unrest and the Parc Metro station was also subject to closure.

The Senate and the House of Representatives have approved the request of President Rodrigo Duterte to extend martial law in Mindanao for another year, until the 31 December 2019. Furthermore, extensive powers granted to security services to arrest persons of interest without a warrant, have also been extended. Past introduction and extensions of the martial law triggered demonstrations in the country’s major urban centres, including Manila, Mindanao , and Davao. The martial law was proclaimed in the region in May 2017, following the increase of attacks by the Maute and other extremist Islamist groups. The martial law was then extended for one year in December 2017. In recent years, hundreds have been killed and hundreds of thousands have become internally displaced people due to the conflict between extremist groups and security forces.

According to local media reports, the general secretary of one of the ruling Awami Jubo League party’s youth wings has been killed in clashes with opposition Bangladesh National Party (BNP) supporters in the Noakhali Sadar upazila (sub-district) of Noakhali district in the division of Chittagong. Mohammad Hanif was reportedly hacked indiscriminately with sharp weapons and shot in his legs during a vicious attack in the village of Dakkhin Char Shullukia, He was rushed to hospital but was declared dead on arrival. The clashes occurred when rival rallies for opposing candidates for the Noakhali 4 constituency converged. Political tensions remain high ahead of the national election on Sunday, 30 December.

According to regional media outlets, at least 13 people were killed in Quang Ngai province after several central provinces were affected by rain-induced flooding. Torrential downpour has lashed six provinces in the centre of the country since last Saturday, with some areas receiving nearly 50cm (19 in) of rain. Fatalities were also reported in the south central province of Binh Dinh, but exact figures are yet to be confirmed. More than 200 people have been killed in weather-related disasters this year, down from 389 last year. 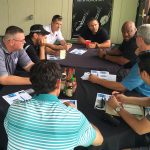 The Saga continues, day after day, night after night as you travel from one city to the next visiting Theaters, … END_OF_DOCUMENT_TOKEN_TO_BE_REPLACED

At some point in our careers, those of us working in a protective capacity will likely receive a call to … END_OF_DOCUMENT_TOKEN_TO_BE_REPLACED 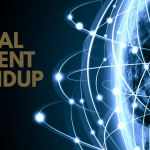 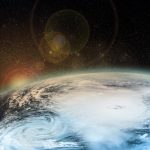 As the 2018 Atlantic hurricane season approaches, concerns are rising over a possible repeat of the widespread … END_OF_DOCUMENT_TOKEN_TO_BE_REPLACED