Over the past few days, we’ve all watched journalists behaving like irresponsible children foolishly “braving” the raw elements when a handful of very responsible ones reported from hard cover still managing to show the devastation behind them.

My problem with the former…it sets a scene for the future behaviour to continue with the competitiveness of who can be seen to be in the most danger.

You don’t ride a bike without a safety helmet, even though you know that the chances of falling off and getting hurt are minimal.

I can only imagine network bureaus having a manager glued to the multi bank of screens to see if their competitors look more in danger than their own journos. “Look, awesome, she was blown across the street with trees falling down…get our team into a similar position!”

Seriously though, given the full event of a hurricane, and given the “what next” scenarios that journalists SHOULD be prepared for…such as looting and rioting, even shoot outs within the already chance of death and destruction, then I would insist as a media manager or security adviser attached to teams, that my crews take ballistic helmets and body armour, full med pack, individual trauma packs, and of course the ever ready tourniquet handy in a top or side pocket.

A hurricane is a hostile environment…I’ve watched some close calls on live TV with the correspondent wearing nothing more than a thin rain jacket as protection from the elements…including the man made flying debris. Where oh where is the common sense. Female correspondents pushed by their management into wearing makeup, would that be Kevlar makeup? Definitely no where close in the list of hostile environment priorities.

So, pressed into it by superiors sitting in their cozy bureaus or not…reporting from hard shelter/cover is the most responsible, professional and preferred. If not, then get a ballistic helmet and set of body armour on…and as mentioned, you’ll find the same attire useful for the previously mentioned possible after events.

Another useful piece of advice (again the same for war zones), have the minimum numbers on the ground at any time. Why have 4 or 5 people killed or injured when that particular task really only requires two? The cameraman is almost always required, but if you don’t require the correspondent, producer, sound man…then leave them back in safety. Don’t fall into the trap of individuals coming onto the ground simply because they’re bored…or require the excitement.

Usually today journalists (even if it’s a tick in the box to lower insurance costs) undergo hostile environment training. However, these are often condensed periods as many can’t afford the time or costs of longer courses. Therefore, the shorter courses concentrate on war zones/conflict areas. Try to push also to get instruction on how to behave in hurricane’s/disaster areas too. Watching “green journalists” with nil training behind them behaving badly on the ground isn’t pretty to watch…for anyone.

Here is a short list of items not usually carried into a hurricane by individual journalists that WILL be of use:

Ballistic helmet, body armour, medical/trauma pack (team and individual), tourniquet, one piece waterproof body suit (to protect against the toxic filthy water when you’re asked to stand and wade in it), and AT LEAST one sat phone per team should every other communication device fail.

Act responsibly… my neighbours are all laughing at the last few days behaviour during the news coverage, I’m not, I’m appalled…but I see a massive room for improvement in professionalism and safety!

Remember, for every one “known” TV News personality behaving badly on camera, there will be ten young unknowns trying their hardest to emulate you…and we all know which one will end up getting hurt. 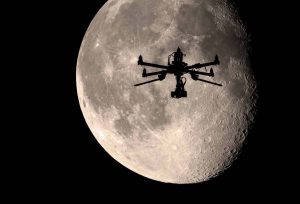